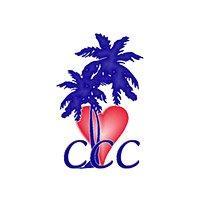 When you have a heart rhythm disorder that fails to improve with medical treatment, you may need an ablation procedure. The experienced electrophysiologist at Cardiac Care Consultants performs ablation procedures to improve the rhythm of your heart. To learn more about ablation, call the office in Peoria, Sun City West, or Wickenburg, Arizona, or book an appointment online today.

Ablation, also known as cardiac ablation, uses heat or cold energy to destroy the area of the heart that causes an abnormal heart rhythm.

During the procedure, your electrophysiologist inserts a catheter in a vein in your leg and advances it towards the heart. Then, they place the catheter at the site of your scarred or damaged heart tissue and apply the energy to restore a normal heartbeat.

What are the types of cardiac ablation?

The Cardiac Care Consultants team performs many types of ablations. The type depends on the heart rhythm disorder causing your abnormal heartbeat.

Types of cardiac ablations include:

SVT ablation is the most common procedure. SVT causes a fast or erratic heartbeat because of abnormalities in the conduction fibers in the heart.

Am I a candidate for ablation?

The team may also recommend ablation if the medication you take for your heart rhythm disorder causes serious side effects or you’re at risk of developing other health problems because of your heart condition.

Additionally, the team may recommend an ablation if you have SVT, which tends to respond favorably to this cardiac procedure.

What happens after an ablation?

The ablation procedure takes 3-6 hours, and your cardiologist sends you to the recovery room for monitoring afterward. You may go home the same day or spend the night in the hospital.

Though you may experience soreness following an ablation, you should be back to most of your usual activities within a few days. However, the team recommends you avoid heavy lifting for a week.

Your electrophysiologist recommends you take aspirin for up to four weeks following your ablation to reduce the risk of blood clots.

Most people get positive results from their ablation and an improvement in their quality of life.

To see if cardiac ablation is right for you, call Cardiac Care Consultants, or schedule a consultation online today.